Inauguration of Kaptol stairs in Sarajevo

Kaptol stairs , designed as a monument dedicated to the poets of Sarajevo, was officially opened for public on April, 5 2013.

The aim of the design team was to create a distinctive urban public space that besides its basic functional role could offer additional cultural and educational qualities to the city. This urban intervention negotiates between contradictory site conditions and different restrictions caused by high density of its central location. With its 120 steps and a specially designed lookout points, the stairway is designed as a gathering place that offers new,unconventional views of the city. Eachof the seven lookout points is dedicated to one Sarajevo’s poet whoseverses and short biography are written on the peripheralwall. This is a unique way of commemorating several writers who dedicated their work to Sarajevo. 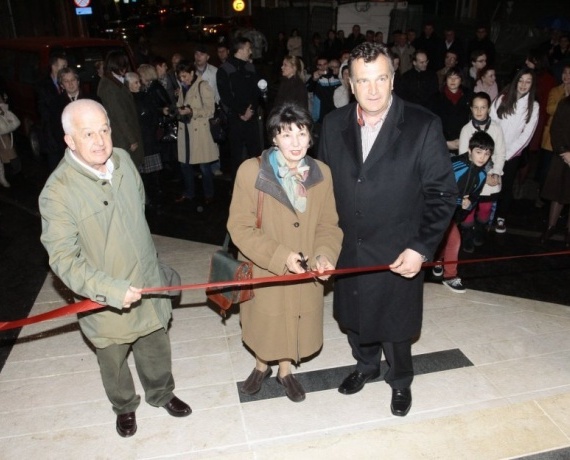